Matty Holt looks at each new addition and speaks to fans of other clubs to find out what to expect from the first batch of new faces through the door at the Sands Venue Stadium.

A product of Aston Villa’s youth academy and son of ex-professional Tommy Mooney, Kelsey is a quick forward who likes to break the lines and stretch defences. Released by Villa just last year, Mooney reportedly didn’t live up to the ‘high expectations’ set for him by Villa’s coaching staff and was therefore free to find a new club.

Mooney did however net 6 times in 8 matches for Villa’s U23 side last season, before making a permanent switch to Hereford Town. Mooney netted 5 times whilst with the Vanarama National League side and will link up with ex Villa team mate Jacob Bedeau.

Hereford fan Jordan (@Gordie_Young) spoke to us regarding the 21-year-olds move: ‘I was very surprised to hear that a lot of football league teams were interesting in him to be honest. He’s a bit of a poacher and puts in rebounds. That sort of player. He’s quite strong too for a youngster. A lot of his appearances this year were coming off the bench to make an impact in the last 15. I do hope he does well for Scunthorpe though’

Spence was deemed ‘too small’ and ‘too frail’ for the man’s game as he was released by Rangers academy when he was just 16. He then joined Dunfermline Athletic and made 45 appearances in his 5 year stint with the club. During two loan spells with Brechin City, Spence helped the club avoid relegation and scored the clubs goal of the season for the 2013-14 campain, after a sensational lob 35 yard lob beat the keeper in a league tie with Airdrieonians.

Shortly after his release from the Scottish Championship side, Spence was picked up by Scottish Premiership side Dundee and remained there for another 2 seasons, becoming a main stay within the side throughout his time with The Dee.

Most recently Spence featured in the Scottish top-flight for Ross County. I spoke to Staggies’ fan Matthew (@MattyBoiRCFC) about how he thought the 24-year-old would cope with the move to England: ‘Lewis is a very energetic player. He runs around for 90 minutes and is very good defensively. He is prone to a yellow card or two but is definitely capable of competing in League Two’

A former retail assistant at Tesco, Aaron Jarvis has had quite the rise through the non-league pyramid and has penned a two year deal with the Iron. At only 22, Jarvis is now at his 7th club, never really solidifying a place in any team no matter the level.

His career began with Basingstoke Town where he scored 14 goals in 47 appearances for the Winchester based side. It was that run of goals that attracted the then attention of Luton Town in 2017, where the striker penned an initial one year deal for an undisclosed fee.

‘He’s a target man and loves getting on the end of balls that have no right to belong to him.

With only a handful of games for Luton to his name, Jarvis was loaned to both Boreham Wood and Scottish Championship side Falkirk during his time with the Hatters. He signed for Sutton United following his release from Luton and again was loaned to Hemel Hempstead Town in January of this year where he scored 1 goal in 6 games.

With a fresh season ahead and a secure two year deal here in Lincolnshire, it is hoped Jarvis can finally produce.

Luton fans only saw glimpses of Jarvis due to the abundance of attacking options at Kenilworth Road and Hatters fan Callum (@CallumLTFC) said Jarvis needed game time: ‘He’s a target man and loves getting on the end of balls that have no right to belong to him.

“He will track back and sit deeper if required and has good strength and that aids him and the team if he needs to dig deep. I have no doubt he will do well in League Two if Scunthorpe give him game time’.

The pick of the five additions surely has to be Onarise, a 6ft 3 central defender who already has some Football League pedigree with sides such as Brentford, Cheltenham Town and Rotherham United. The Nigerian has most recently applied his trade in the National League with London based side Dagenham and Redbridge, where he made 63 appearances, scoring twice.

The ex-West Ham trainee is still only 23 and was also named in the Vanarama National League team of the week three times last season. A clever, quick and agile defender who reads the game well will certainly provide stiff competition for both Harrison McGahey and Jacob Bedeau.

He’s a massive loss for us as he was by far our best defender. I personally think he has Championship quality written all over him.

Onarise is very highly rated and other Football League sides such as Leyton Orient and Bolton Wanderers were also said to be interested in the centre half so the Iron have acted quickly to secure his services as he pens an initial two year contract.

With three centre halves at the club, it will be interesting to see how this one plays out. McGahey and Bedeau have rarely partnered each other for the Iron during their time at the club and does that open the door for Onarise to come in and cement a place in the side.

We spoke to Daggers fanzine (@DagenhamCentral) about the 23 year old. ‘Manny came in on loan from Rotherham late in the season the first time around and he was one of the reasons we stayed up.

“Despite another poor season last year, he was my stand out player and for 23 is a good leader. He’s a massive loss for us as he was by far our best defender. I personally think he has Championship quality written all over him.’

The Iron completed their business this week by adding central midfielder Frank Vincent on a season-long loan from recently relegated Bournemouth as they look to further bolster the middle of the park. The 21-year-old was highly rated by the Cherries and was recently awarded a one year deal after impressing on loan at Torquay joins up the Iron and can play a multitude of different positions.

Most notably to Vincent’s short footballing CV is the two loan spells with Torquay United where he helped the Devon club to promotion, making 11 appearances in his first spell with the side.

Following on from that spell, the midfielder made a further 21 appearances this season in his second loan spell and United finished 15th in the Vanarama National League.

While only slight, he moves he ball quickly and is one of the best passers of the ball I have seen at this level.

Speaking to Iron Bru, avid Non-League blogger (@OffTheLineBlog) had this to say on the 21-year-olds spell with the Gulls last season: ‘It comes as no surprise that Frank has secured himself a loan move to a Football League side, as he is certainly a player that showed during his brief spell with us that he had the potential to do just that.

“While only slight, he moves he ball quickly and on the front foot is one of the best passers of the ball I have seen at this level. With an extended run in the team, you may have one hell of a player on your hands’.

The Iron’s recent recruitment has made it clear to see the direction in which Swann wants to take the club. For years we’ve been a stepping stone and I think as fans we should maybe be a tad more accepting to that fact given the current division and financial climate we currently find ourselves in. On the other hand, I still believe we lack a leader in the middle of the park and most certainly a goalkeeper for sure. It’s a start, but more must be done before that first ball is kicked come September.

Find Betting Deals for you 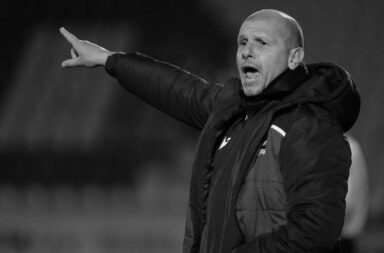 Cox faces selection conundrum as Iron look to bounce back